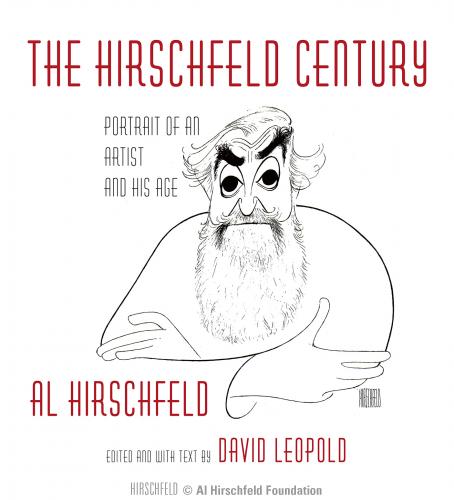 The Hirschfeld Century continues to receive rave reviews across the country as the first history of Hirschfeld’s art is released to bookstores everywhere. Close to half of 363 images have never been in a Hirschfeld collection before, and there are nearly 100 works in color in the book. But don’t take our word for it, read theirs:

New York Times Book Review: “When I finished reading “The Hirschfeld Century: Portrait of an Artist and His Age,” I cried.”

Buffalo News: “A great American figure and his work are within this book – gloriously illustrated, as well as amply explained, explored and chronicled.”

The Chicago Tribune: “The documentary value has receded; now the works must stand alone as artworks divorced from a story in a newspaper. And stand alone they do.”

Library Journal: “a brilliant volume that offers not only a scholarly evaluation of Hirschfeld’s work but also a highly enjoyable study of caricature, Broadway, Hollywood, and the century’s performers.”

Publisher’s Weekly: “Though the comprehensive text primarily centers on the professional life of the artist, Leopold also manages to recreate the dizzy exhilaration of Broadway and the film industry in the early 20th century at a time when celebrity culture was just beginning to emerge, and when Modernism was simultaneously being injected into the theatre, music, and Hirschfeld’s work.”

Kirkus Reviews: “An intelligent, carefully representative look at Hirschfeld’s work that ably shows why the artist deserves to be remembered today.”

Booklist: “Leopold emulates the economy and fluidity of Hirschfeld’s drawings in this star-studded, anecdote-rich, critically clarifying, and thoroughly enlightening portrait of the portraits.”

Add THE HIRSCHFELD CENTURY to your library.