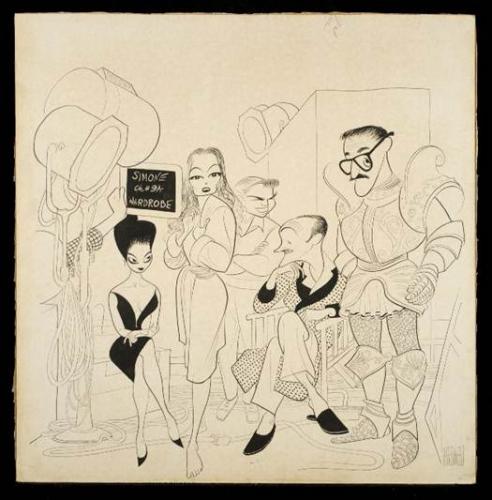 We have just learned of a "new" drawing by Hirschfeld. The original film of the Pink Panther with Peter Sellers, David Niven, Capucine, Robert Wagner and Claudia Cardinale. The drawing dates from 1963 and was used to promote the film in print publications around the world. Although we have catalogued nearly 10,000 works by Hirschfled, there are drawing such as this, particuarly film drawings, that have escaped our purview. The film was released through United Artists in the US, and at the time, Hirschfeld was drawing a number of UA films for publicity purposes. It goes up for auction tomorrow on 12/5 at Gray's Auction in Cleveland, Ohio.