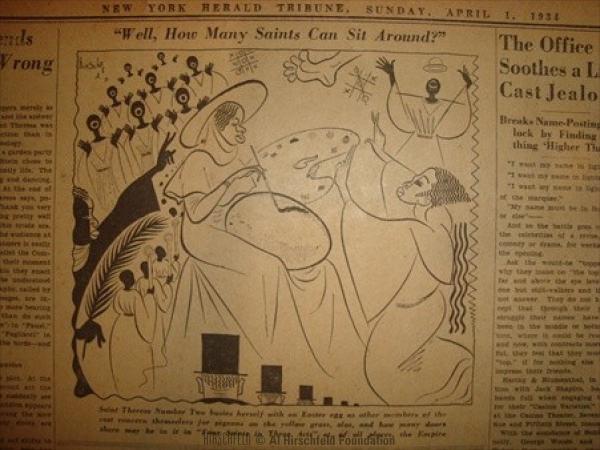 On February 20, 1934 a new musical production opened on Broadway that unlike anything it had ever seen or would again. Four Saints in Three Acts, an opera by Virgil Thomson with a libretto by Gerturde Stein was a bold experiment in new music. "Considered radical for its convention-defying format," said the San Francisco Museum of Modern Art when it staged a concert performance of the opera in the summer of 2011, "Four Saints remains a cornerstone of avant-garde theater—one that brought the zeitgeist of bohemian Paris to America and helped usher modernism into mainstream culture."