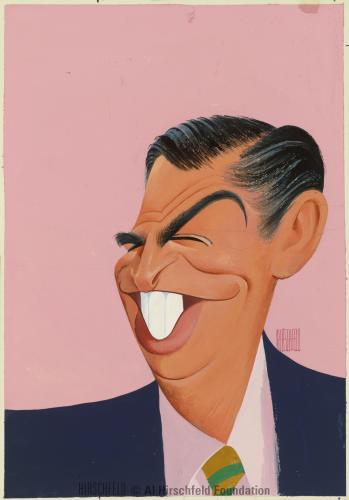 Join us for a special evening in which fellow artists —some who knew Hirschfeld and others that were influenced by him— gather to talk about his unique style of drawing. Moderated by David Leopold, author of The Hirschfeld Century, curator of the companion exhibition at the New York Historical Society, and Creative Director of The Al Hirschfeld Foundation, hosts Bill Jacklin, Stephen Kroninger, Ken Fallin , and Drew Friedman to discuss what they see in Hirschfeld’s art, its history, and why it is still enchanting audiences.

Each artist brings a fascinating look at Hirschfeld’s work. Bill Jacklin, who knew Hirschfeld socially and spent time in the studio sketching the master at work, brings his fine art background to the conversation. Jacklin is an exciting and individual painter who has pioneered a revolutionary type of realistic representation. His studies of Hirschfeld at work are in the collections of the National Portrait Gallery, Harvard University, the New York Public Library and the Library of Congress.

Drew Friedman is a leading caricaturist in America whose books include Old Jewish Comedians, Warts and All, and most recently, Drew Friedman's Sideshow Freaks (Blast Books), which presented 50 color portraits of strange and bizarre (and real) circus entertainers from bygone years. His work has appeared in in Entertainment Weekly, Newsweek, Time, The New York Times, The Wall Street Journal, The New Yorker, The New Republic, The New York Observer, Esquire, RAW, Rolling Stone, and MAD Magazine. His portraits reveal his devastating ability to get to the heart of his subject, which at times can be both insightful and terrifying.

Ken Fallin’s career began in 1985 with the witty pen and ink caricatures he created for the satirical revue, Forbidden Broadway. These drawings were, in themselves, a bit of a spoof, since they were done in the style of, and as an homage to, Al Hirschfeld. He has continued most of the show’s posters for the past 30 years and for the last fifteen years, his drawings have appeared in the pages of the Wall Street Journal, and he has a regular feature covering the New York theatrical season for Playbill.com.

Stephen Kroninger's inventive collages have appeared in nearly every major newspaper and magazine in the United States, as well as in many publications around the world. His work was the subject of an exhibit at the Museum of Modern Art, the only time the museum devoted a one-person show to an illustrator. Kroninger is also the author/illustrator of three award-winning children's books.

Many of these artists have a passion for 20th century show business and caricature, so this will be an informative and entertaining evening that you will not want to miss.