The Hirschfeld Century On The Road 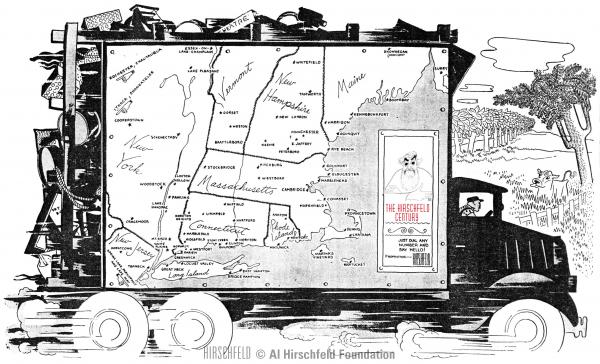 David Leopold has been taking audiences around the country on a tour of the Hirschfeld Century, an 82-year era in which Al Hirschfeld both recorded and defined so much of popular culture, especially through his drawings of productions on Broadway and in Hollywood. Hirschfeld was there at the birth of television and captured its first half-century. He recorded more popular music than any MP3, CD, LP, or wax cylinder ever did. His drawings of dance are among his most accomplished works. Leopold has spent twenty-five years studying Hirschfeld’s work, the first thirteen as Hirschfeld’s Archivist, visiting him in his studio once or twice a week. He now is the Creative Director of The Al Hirschfeld Foundation.

Leopold’s illustrated talks show rarely seen images as well as old favorites in a unique presentation that is never the same twice. He not only tells Hirschfeld’s story but shares with audiences stories from the world of show business that Hirschfeld so expertly captured in his work.

Many of his talks are free and open to the public (and are also a great opportunity to get a signed copy of The Hirschfeld Century), so join him at one of his upcoming talks this fall.

Presenting to a class in design history in cartoons and comics