Album of the Week: Michael Feinstein 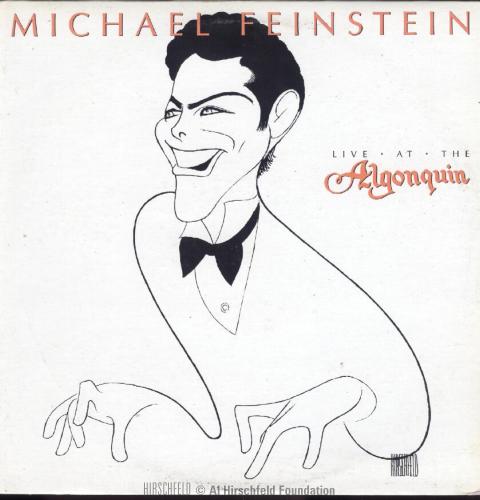 In the world of American Popular Song, there is no one who done more to bring the songbook to life and to audiences everywhere then Michael Feinstein. In nearly 200 performances a year, 29 albums, a nightclub in New York, as artistic director of a $170 million performing arts center, and his Feinstein Foundation for the Education and Preservation of The Great American Songbook, Feinstein continually shows the freshness and relevance of songs by the Gershiwns, Irving Berlin, Burton Lane, Jule Styne, and many other great composers.

Playing music by ear when he was five, Feinstein was playing piano bars out of high school, before he moved to Los Angeles and was introduced to Ira Gershwin in 1977. Gershwin wanted the young Feinstein to catalogue his immense record collection. That started a six-year stint that led to researching, cataloguing and preserving the unpublished sheet music and rare recordings in Gershwin's home.

He soon established himself as popular cabaret performer and in 1986 he recorded his first album Live at the Algonquin. The label’s art director wisely decided to have Hirschfeld draw the cover. The drawing provided a link in record buyers minds with the storied tradition of American Popular Song and Broadway, where most of the songs on the album debuted.