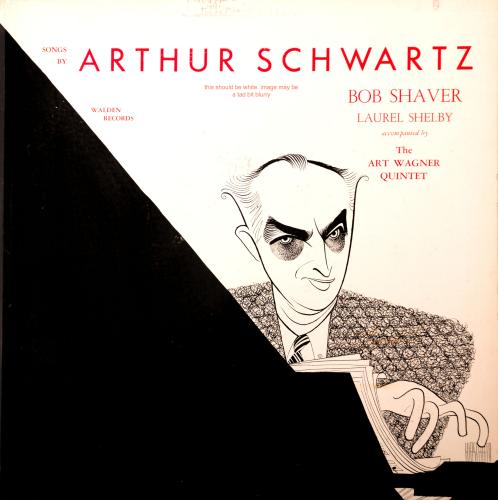 This is one of Hirschfeld's album covers for Walden Records. Arthur Schwartz was a composer, best known for his songs with Howard Dietz, including "Dancing In The Dark." The two met in 1928 after Schwartz heard Dietz's lyrics for The Merry-Go-Round on Broadway. Dietz was the first person to hire the young Al Hirschfeld in 1920 when he was Publicity Director at Goldwyn Pictures.

This album was released in 1954 and features updated arrangements of Schwartz's songs in a small band setting. Worth tracking down for the cover alone.